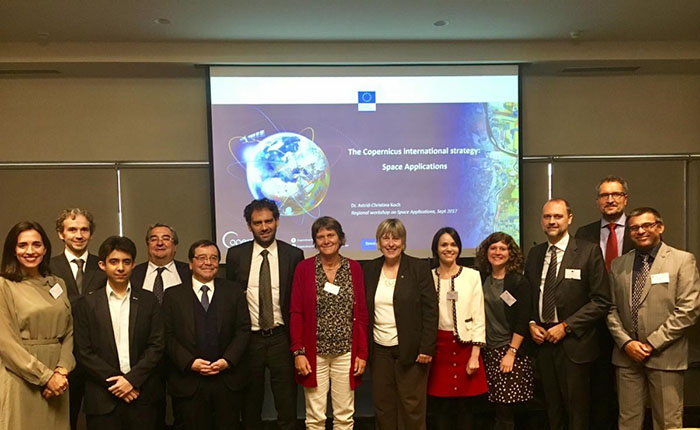 As part of the Space Strategy for Europe, the European Commission established a network of Copernicus ambassadors: the Copernicus Relays. These act as local champions, coordinating and promoting activities related to the Copernicus programme, bringing benefits and opportunities for people, businesses, start-ups, researchers and governments.

Space Latam, the Copernicus Relay in Argentina, was one of the earliest organisations to enter the Copernicus Relay network. The organisation submitted their application to join the network in 2016, just months after the official launch of the Copernicus Relay and Copernicus Academy networks in Brussels. When applying, José Bosleman Medina, the Director of the Argentinian Copernicus Relay-to-be, modestly mentioned that Space Latam people are volunteers with almost no budget available to finance their activities, but reassured the reviewers that he had a fantastic, hard-working team with great potential, energy and network. Space Latam far exceeded expectations and now has a large team of young experts who provide support to Argentinian start-ups and SMEs in the space sector through mentoring, hackathons, workshops and other initiatives. It collaborates with local and national governments, not only in the organisation’s home country but also beyond. The recipe for its growth and success as a Copernicus Relay and space entrepreneurship hub in Latin America has, at least, two ingredients: developing space and business expertise, and focusing on the creation of the largest community of space entrepreneurs in Latin America.

Read the full article in: LINK